I’m excited to start using iOS 8 extensions, but it’s looking like it’ll be a rough ride for a little while.

Extensions distributed through the App Store aren’t working for anyone; we have one in the newest NYT Now release, and though it works in all our builds it’s nonfunctional in the build I just downloaded from the App Store: 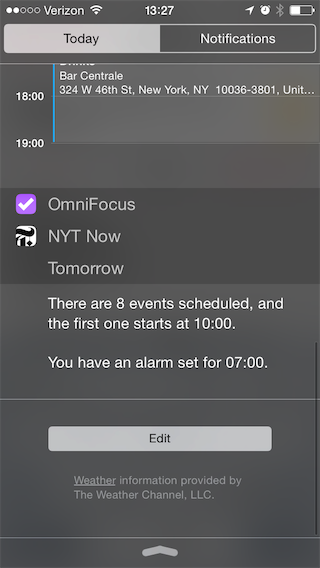 OmniGroup is having the same problem with their extensions.

These problems aren’t limited to us. I’m very curious what’ll happen when iOS 8 is released tomorrow.

Things that are broken: Validating Builds Submitting Builds with Xcode TestFlight Extensions Provisioning Management Did I miss anything?

So, Omnifocus has an extension which is not working either after being downloaded from the store. All signs point to Not Good.

@jamesthomson We were planning to add an extension to Screens but tools & API were so buggy we stopped. Glad we did. Waiting for iOS 8.1.