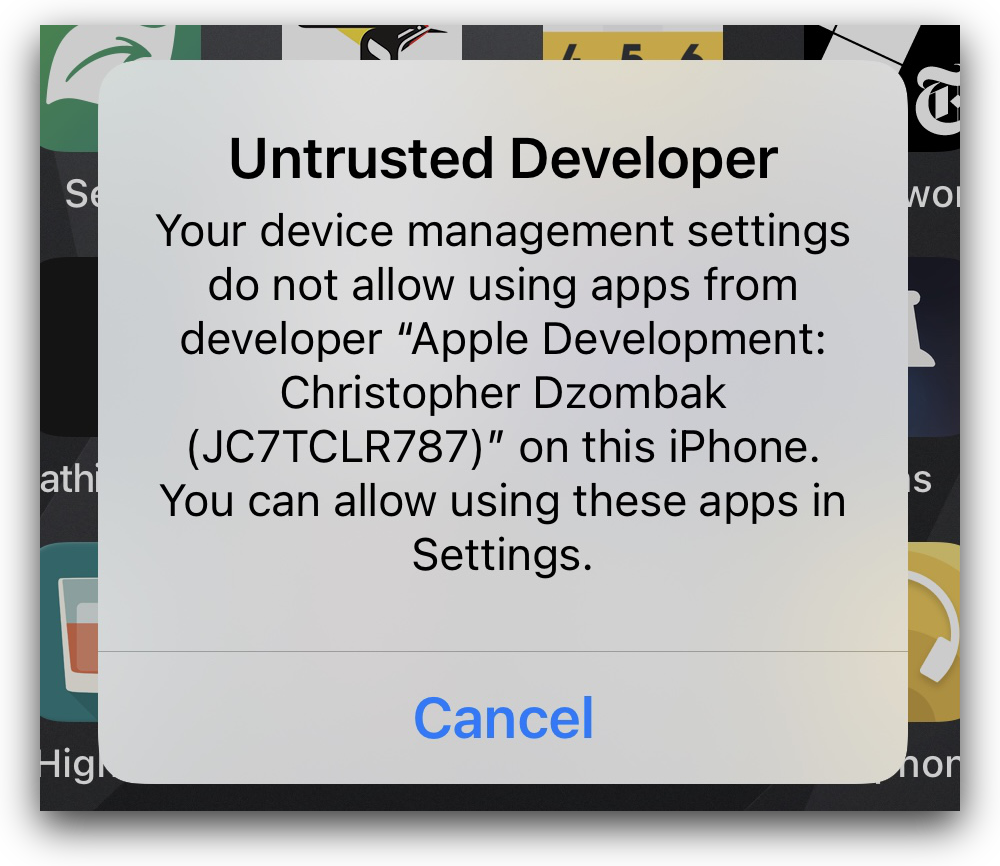 One of the must infuriating bugs, for me, on iOS 15 is that I can’t run my own software on my phone. I can install my app via Xcode, but running it presents this dialog, and crucially nowhere in Settings can I trust myself as a developer: 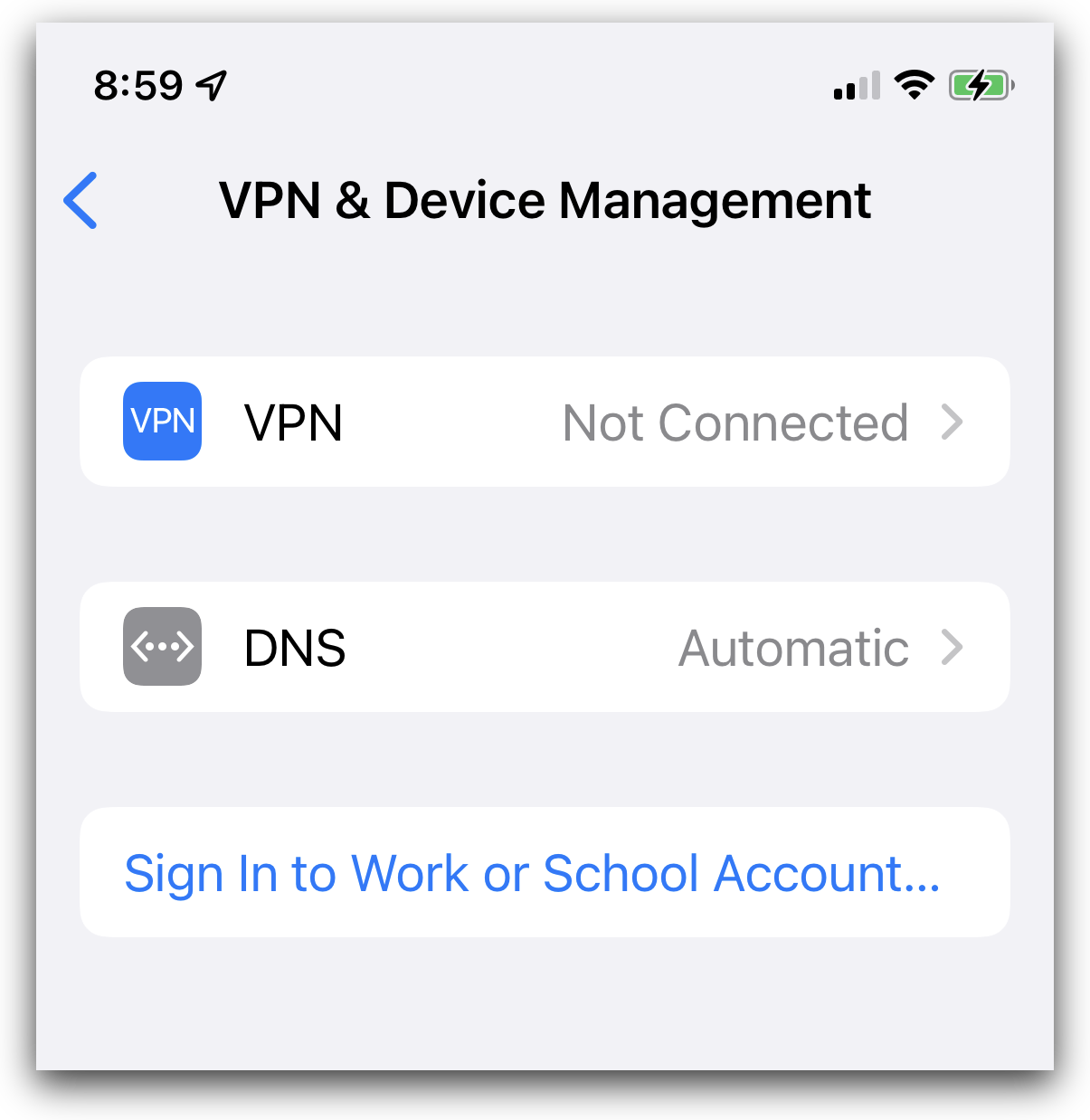 Anecdotally, it seems like this might be related to having an Apple Developer account which was previously paid and has now lapsed. Regardless of account state, though, it should still be possible to install an app on my phone and run it.

According to a post in the Apple Developer forums, this bug has been present since at least iOS 15 public beta 3. That thread also suggests a workaround: create a new Apple ID, sign into Xcode using that account, and use the new Apple ID account to sign your app and run it on the phone.

I was hesitant to do that, hoping that Apple might fix this bug quickly. But they didn’t.

This workaround works! After signing into Xcode and adjusting the app’s codesigning settings to use the new account (and assigning a new Bundle ID, since the old one was registered to my normal Apple ID), I can actually go to the Device Management screen in settings and trust myself: 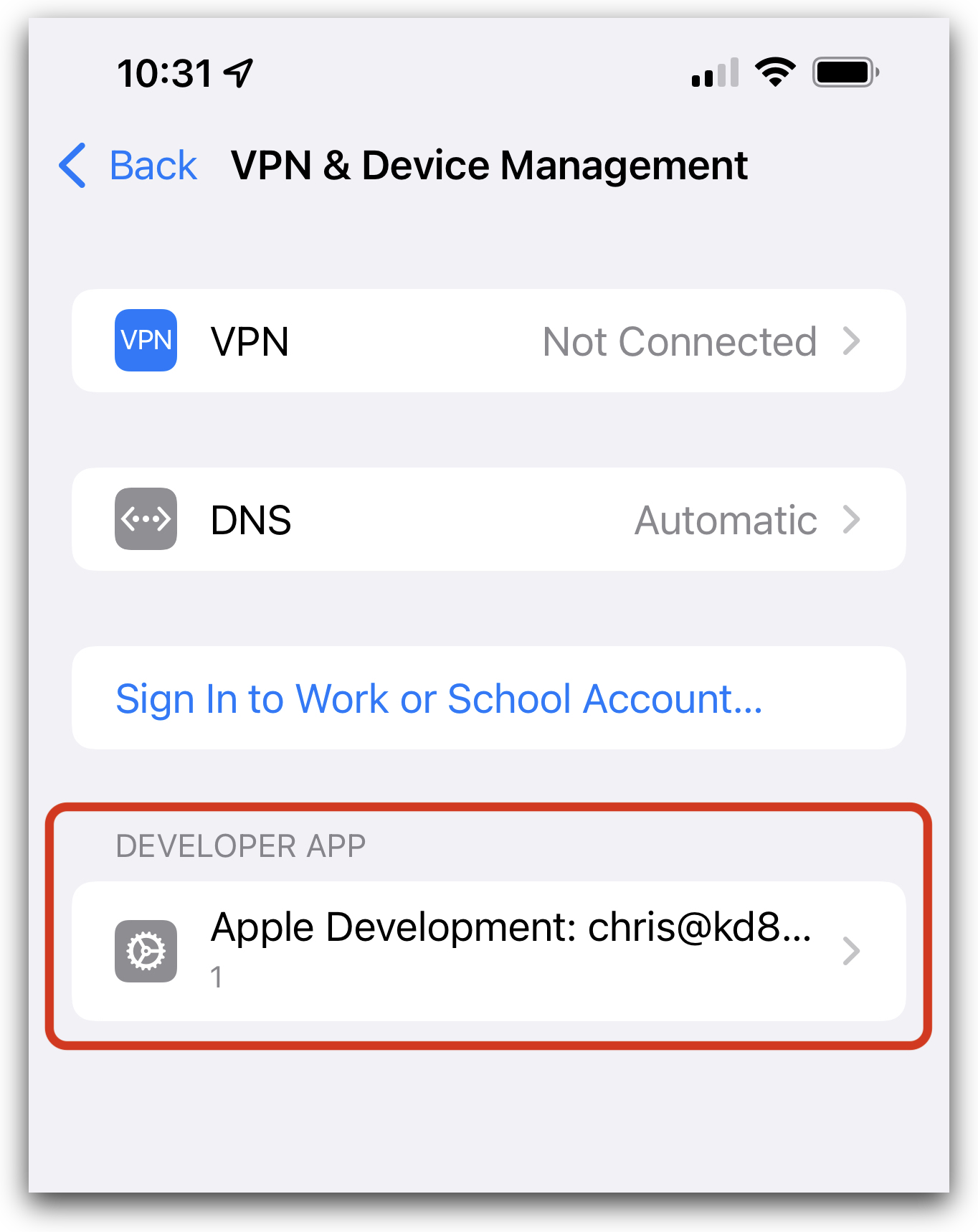 It took me a few minutes to figure out how to create a new Apple ID without signing out from anything on any of my devices. You’ll need to go to appleid.apple.com and click the “Create Your Apple ID” link in the top-right corner: