Since my last post, I’ve bought a new iPhone 13. I’ve encountered some new bugs, along with some old ones I expected a new phone to solve.

A recurring theme for me: Apple’s hardware is great. Their software quality has been in freefall for years now.

The setup process failed to transfer my Apple Watch to the new phone, so I had to unpair it from the old phone manually and pair it to the new phone. I restored the Watch from a day-old iCloud backup, expecting it would restore the apps I had installed, my notifications preferences, my dock application selections; you know, the stuff a backup would restore.

Nope. It did seem to restore my watch faces, but as far as I can tell, that’s it. It didn’t restore the apps I had installed; it forgot what apps I’d selected for the dock; and most annoyingly, it forgot all my notifications preferences.

We’re what, 8 years into the Apple Watch being a thing? And something as basic as a backup still doesn’t work properly‽ For fuck’s sake, Apple.

I’d like to be able to unlock my phone with the watch while wearing a face mask. You know, like it’s worked since the feature was introduced, in April.

Nope. I’ve tried rebooting the phone and the watch, making sure everything is charged, all the usual song and dance. And yet: 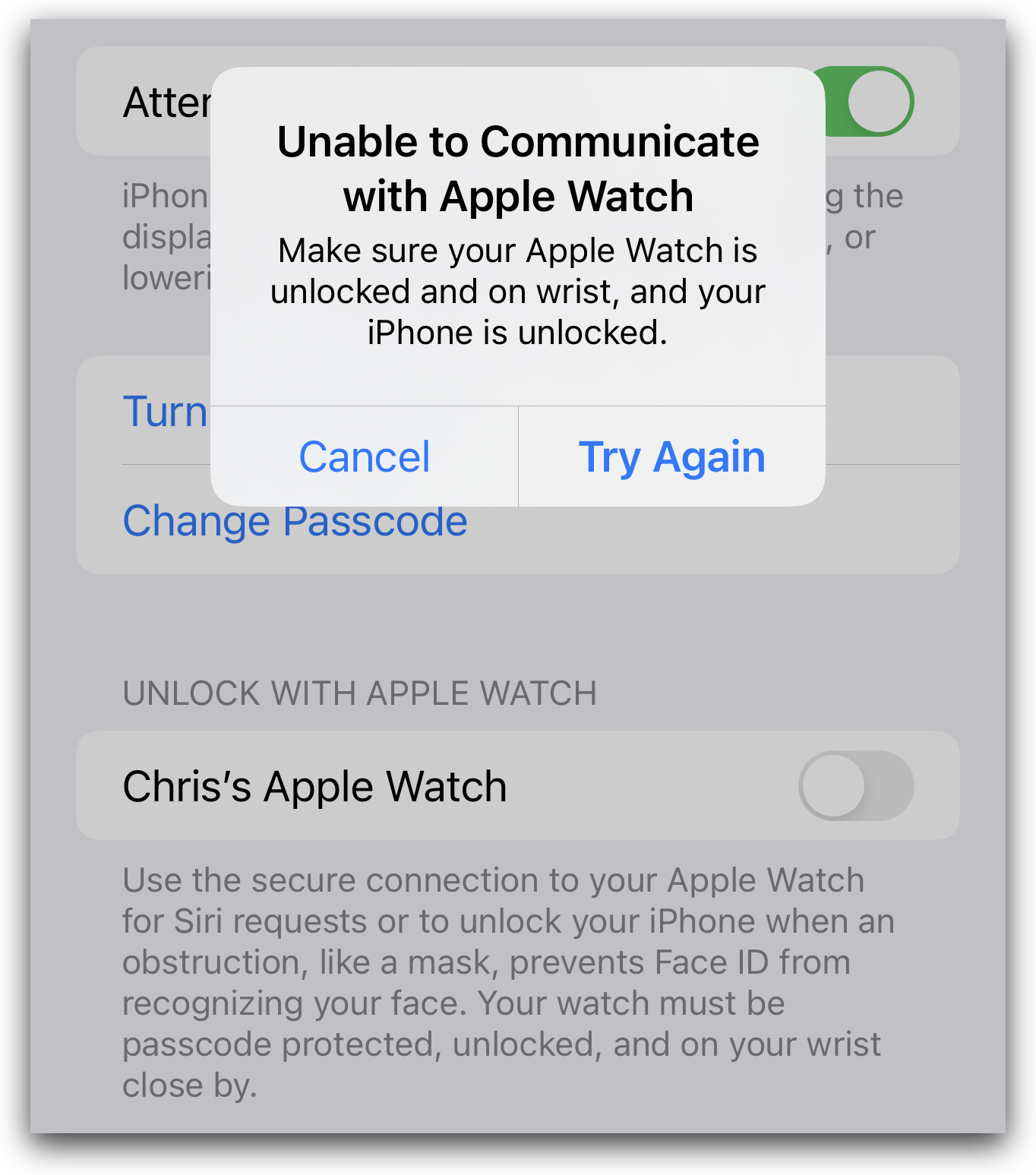 (Still) can’t run my own software on the phone

I was hoping that an entirely new phone would resolve whatever problem is preventing me from trusting myself as a developer so I can run my little ambient sound app on my phone.

You can guess where this is going. 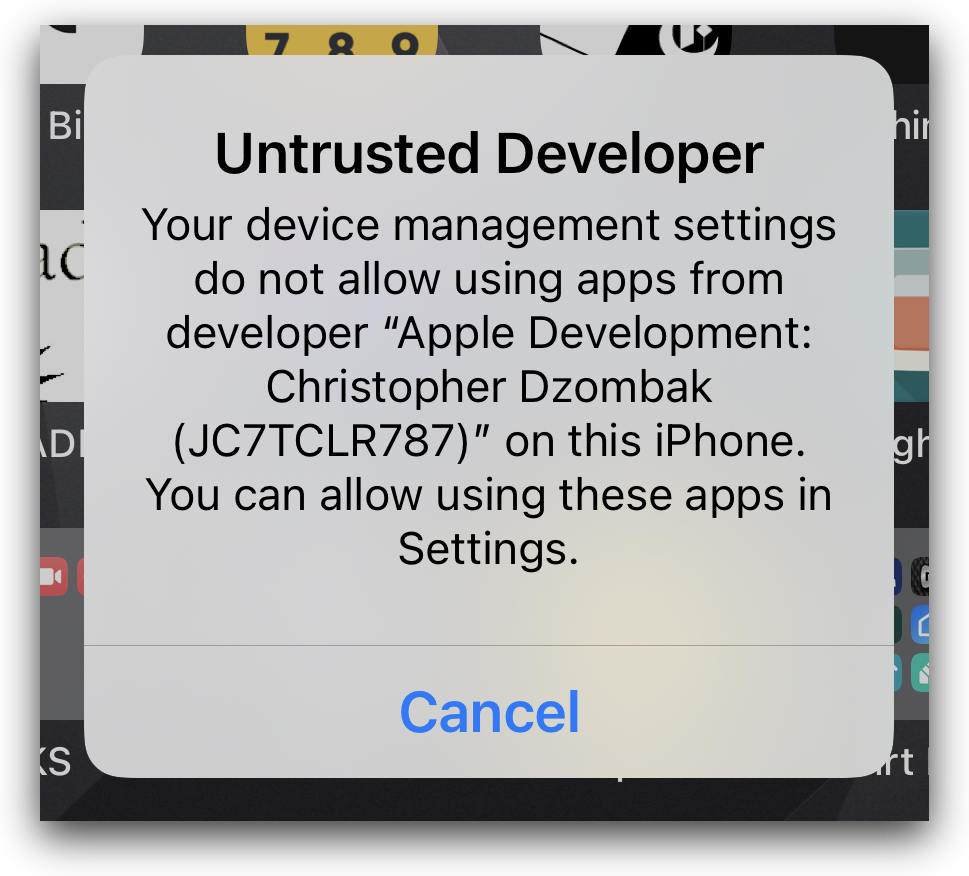 Fine, I’ll just go check the Settings app, and … nope, nothing there for me to approve. 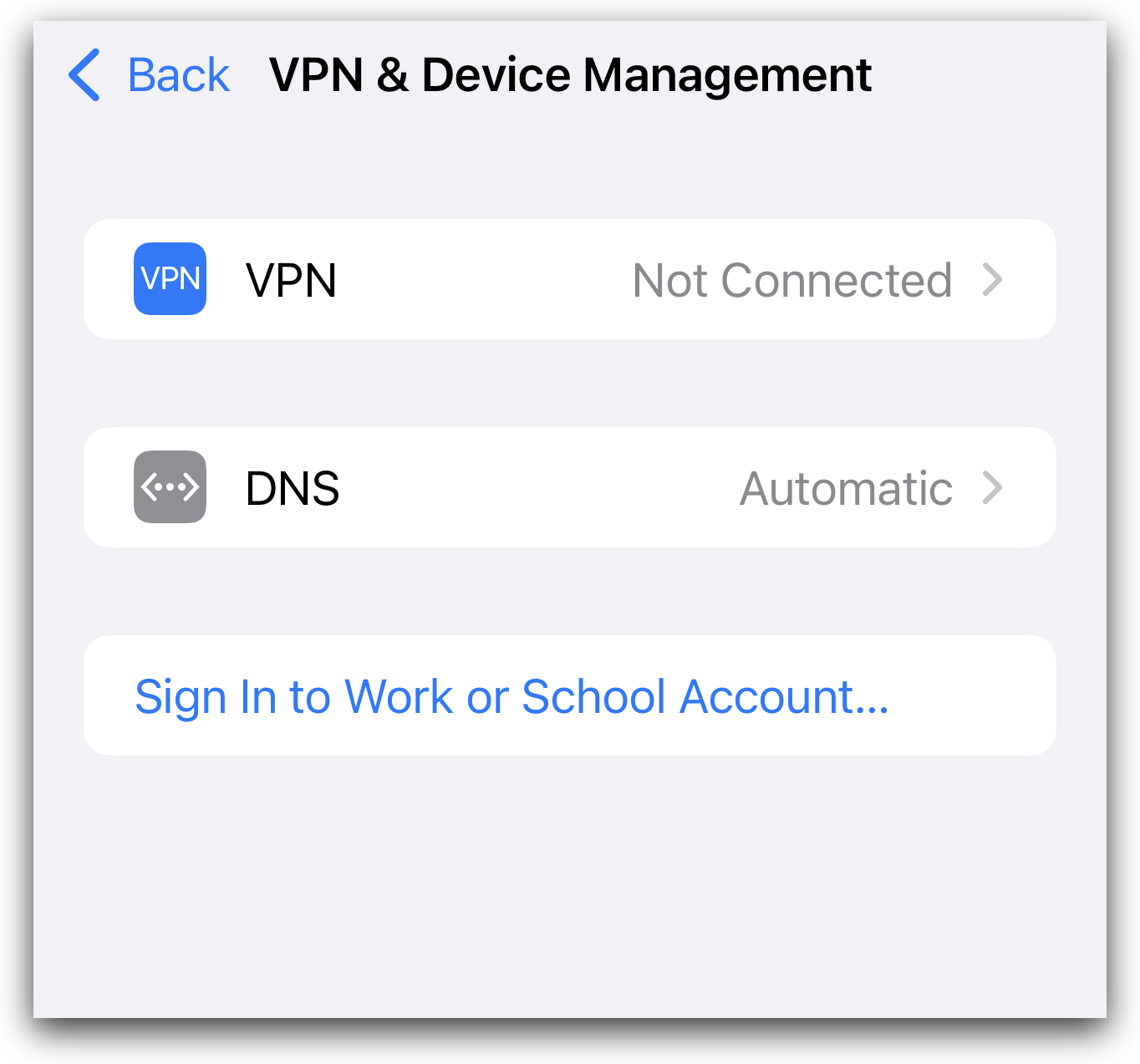 No idea how I’m supposed to run code I wrote on this phone.

My “get ready for bed” shortcut is supposed to enable the Sleep focus mode until 7:30am. This doesn’t work. It usually gets the phone into the focus mode correctly, but there’s no end time set. I can pick up the phone at 8:30 the next morning and it’s still in Sleep mode. 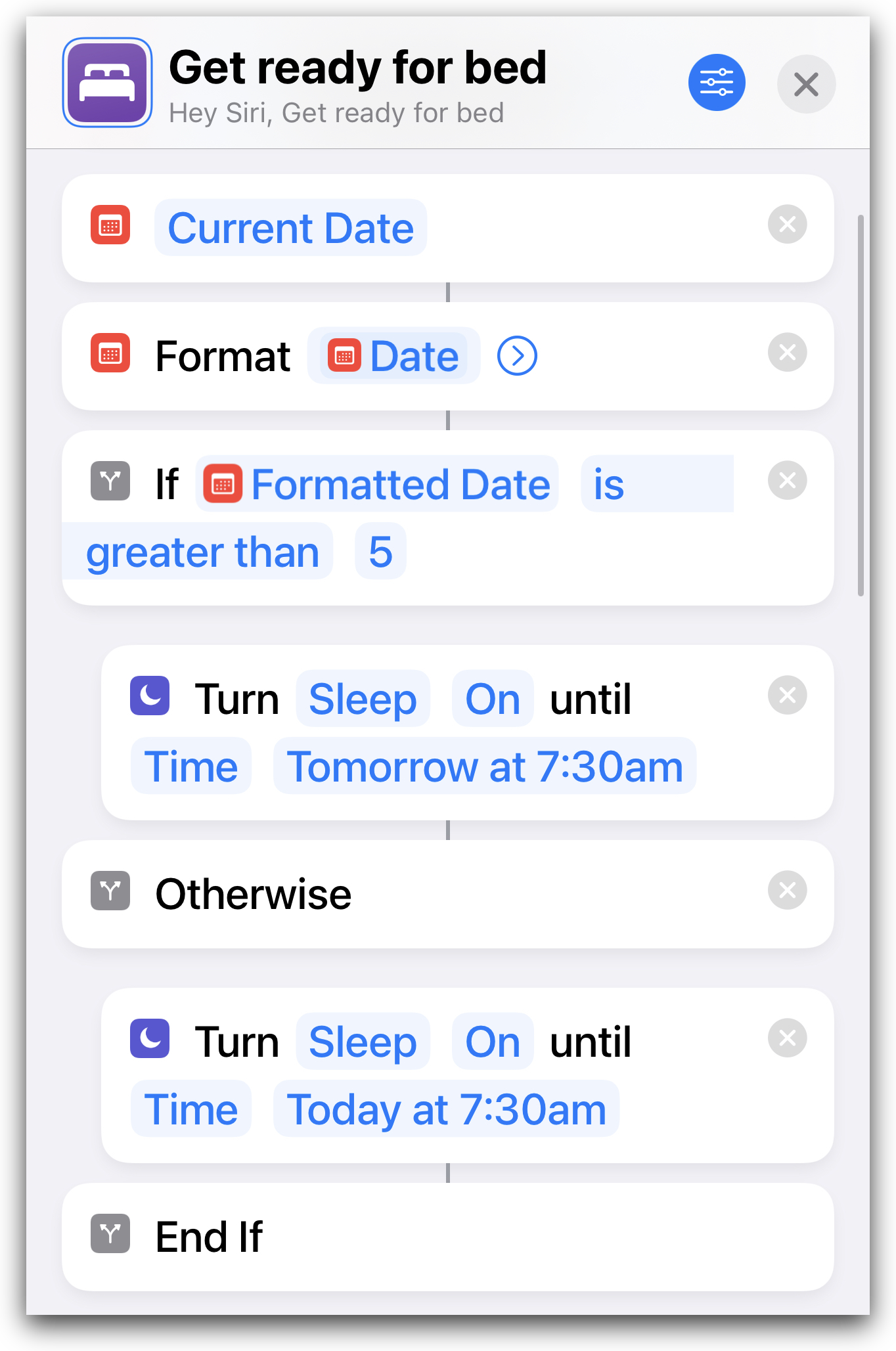